Penique Productions was established in Barcelona in 2007 as a collective focused on producing ephemeral installations. Operating from Rio de Janeiro for several years until very recently, each of the collective’s projects begin by identifying a unique location to construct a customised piece – the inflatable. Penique’s Sergi Abrusà and Enrique Barro came to Palm Heights to create a site-specific installation in the shell buildings across the street from the hotel. The “balloon” they installed, made from a lightweight yellow plastic, grew and expanded as air, channelled in with fans, filled the cavernous concrete structure spanning three storeys. Conquered by the inflatable, the space was momentarily transformed by a new light, a new texture and a new monochrome colour. Upon entering, the viewer was transported to a setting simultaneously familiar yet novel. Having lost its original surface the site was given a different identity. The balloon acted as a barrier from multiple realities, framing and creating a new space, while blurring the concept of architecture and the art object. 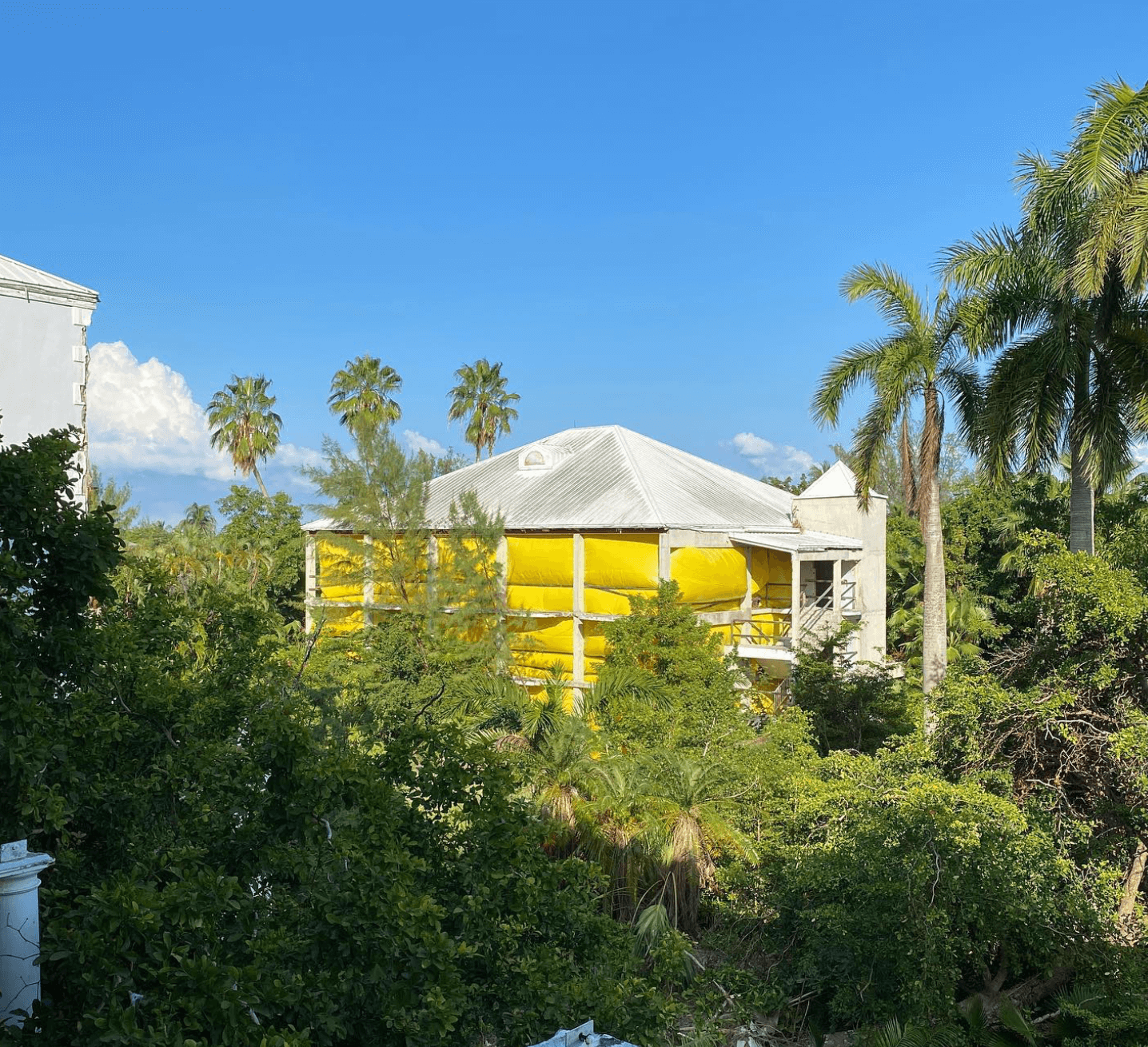 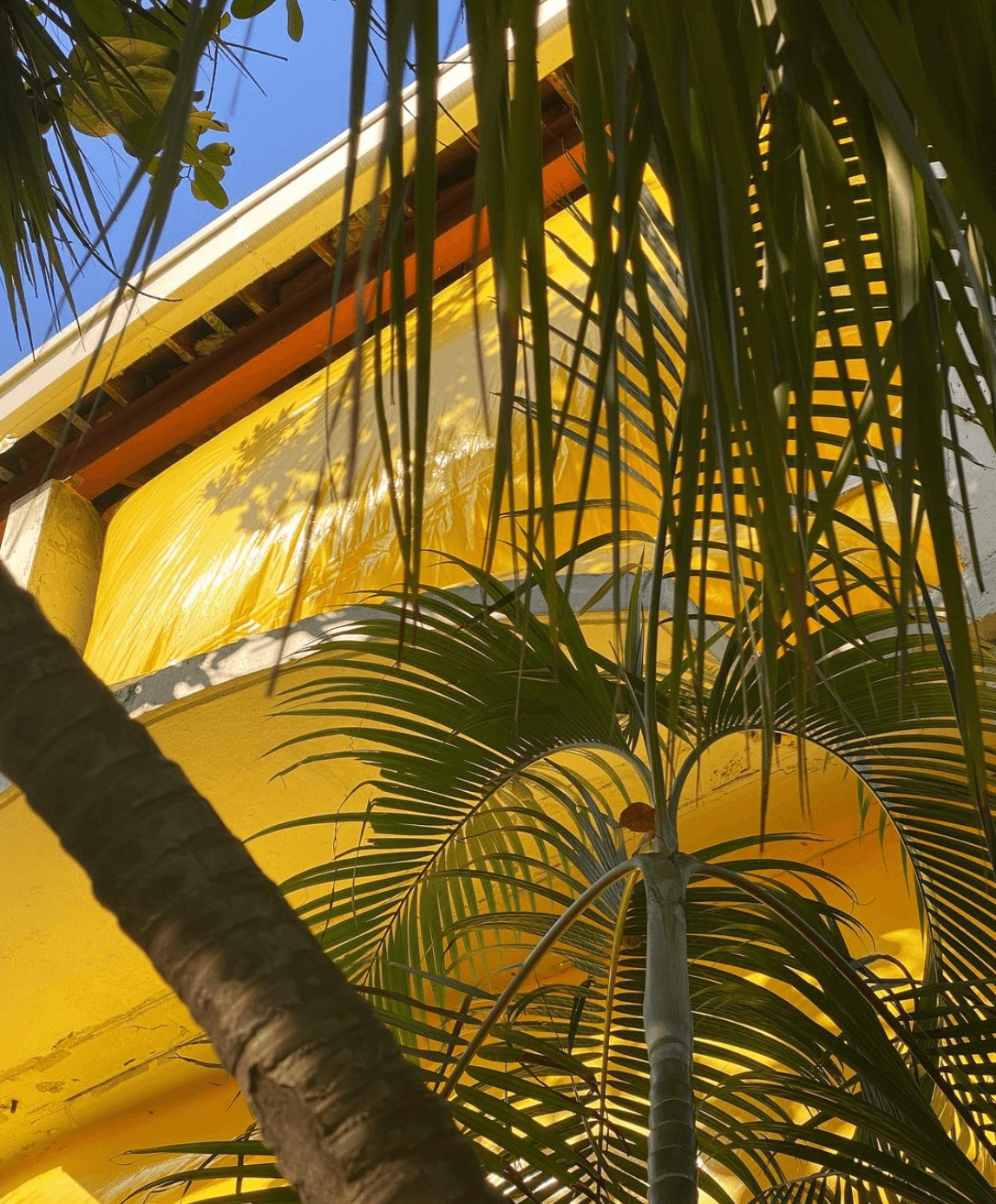 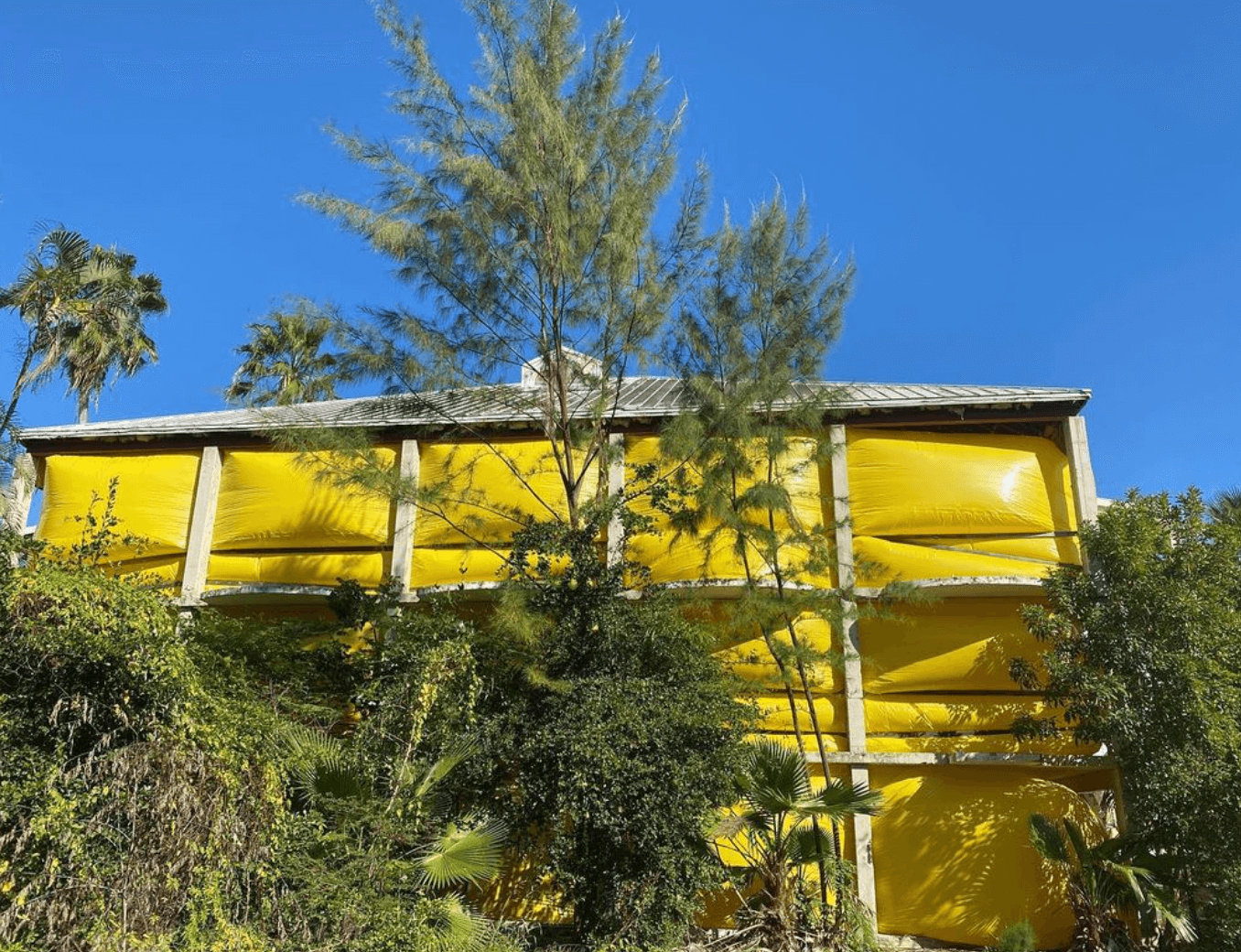 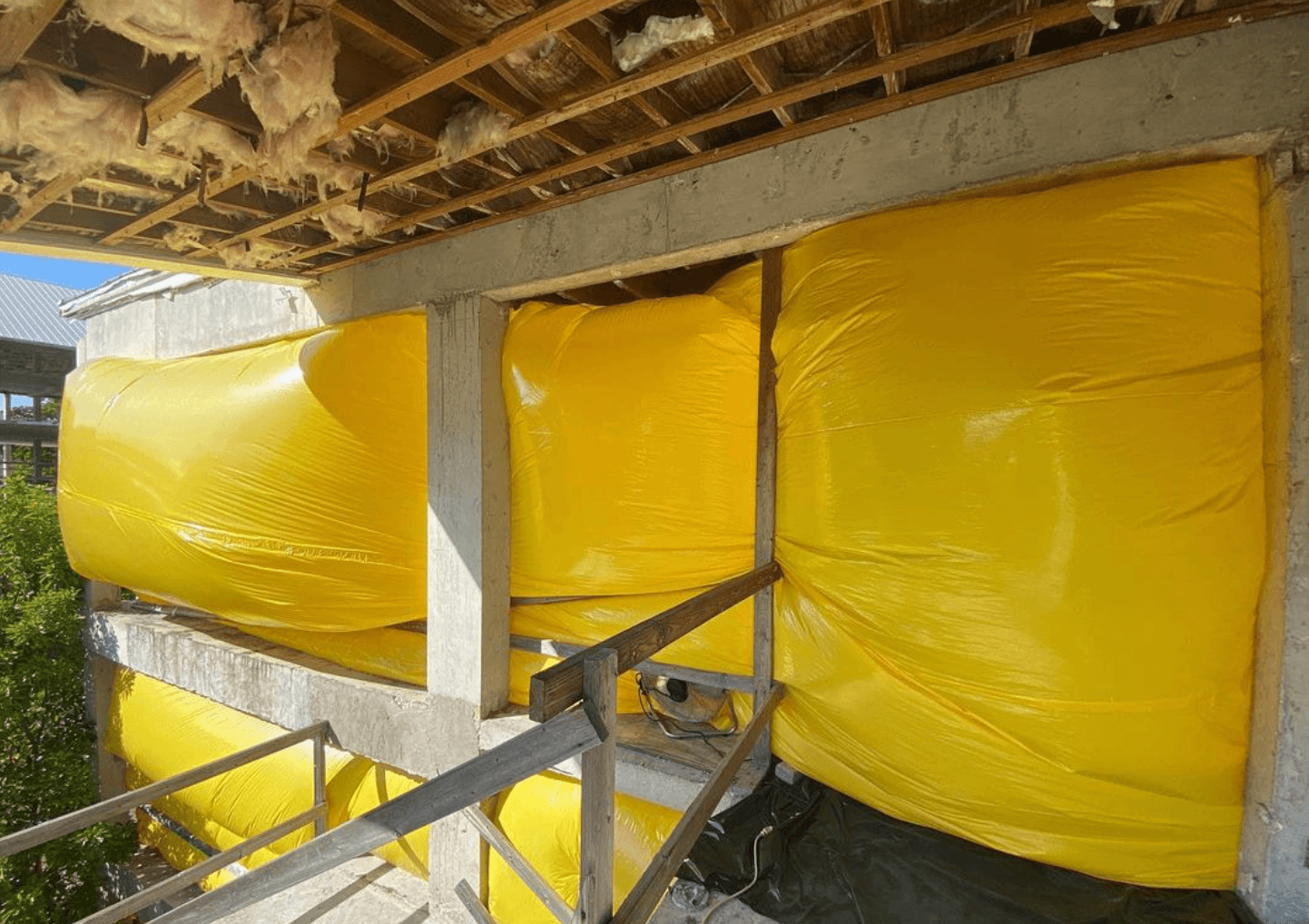 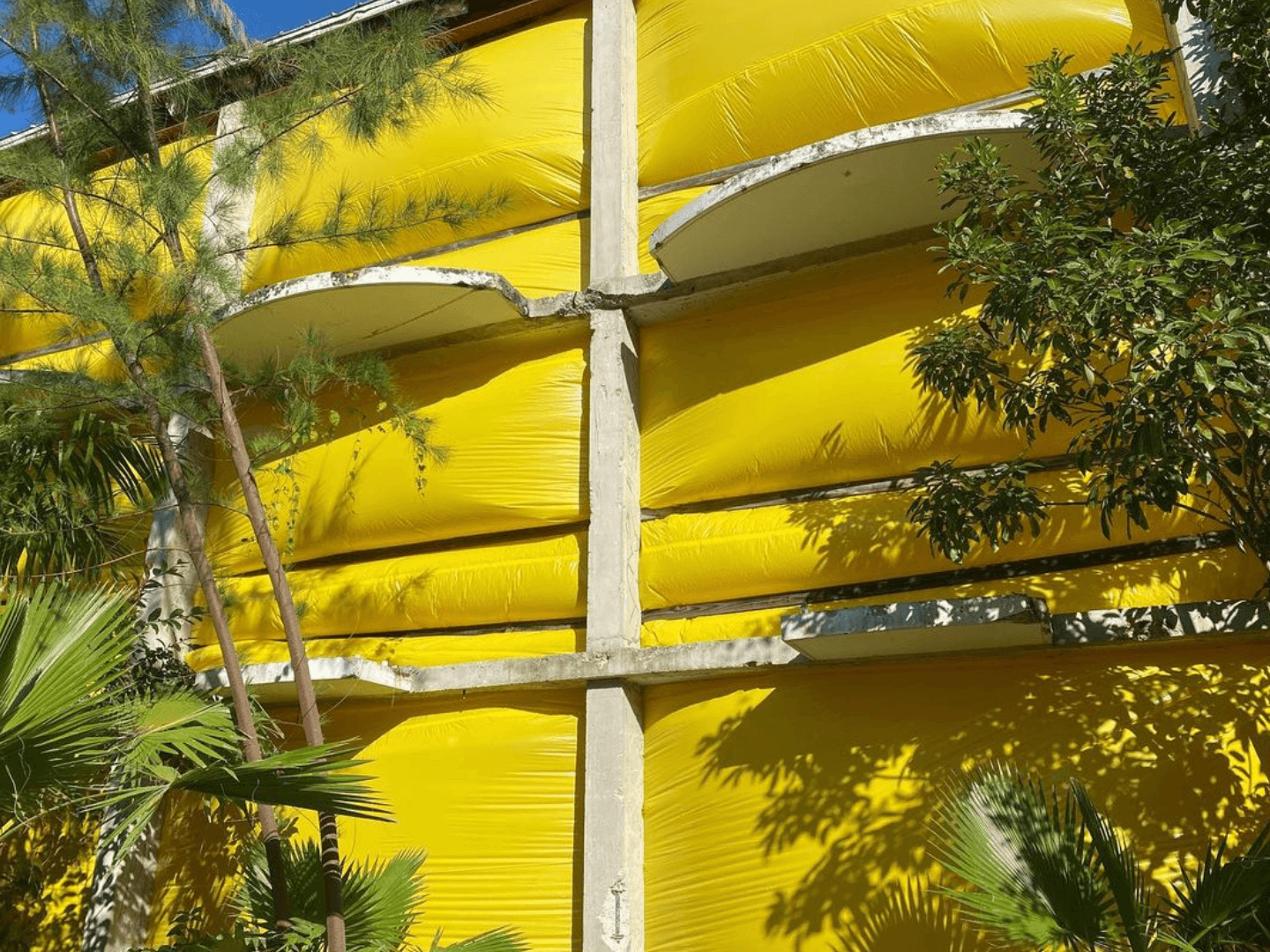