Memor is inspired by mosaic arts and the practice of collecting as it presents itself in diverse art forms throughout history. Adorned in everything from talismans, jewellery and findings, to glass, tile, coins and shells, the studio’s signature creations epitomise our nostalgic relationship with objects. During her residency in Cayman, Cincinnati-based Maxine Midtbo, the maker behind Memor, produced a series of encrusted mirrors and vases for the beachside estate, meticulously ornamenting the various objects with materials she found and collected from around the island. Alongside seashells, coral, and pebbles, translucent sea glass and fragments of driftwood found their way onto her uniquely crafted works. 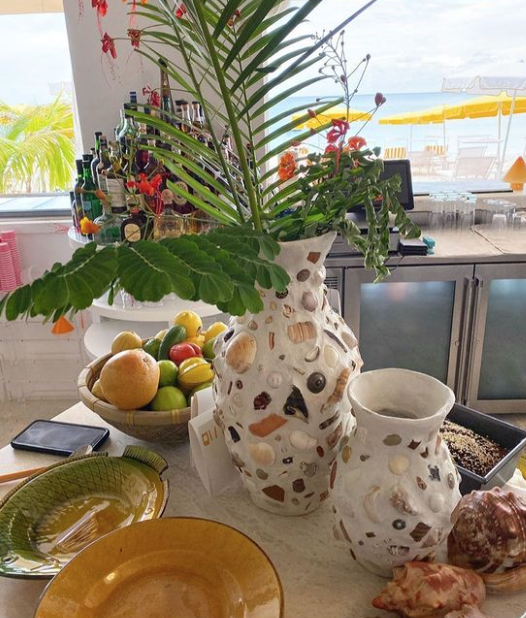 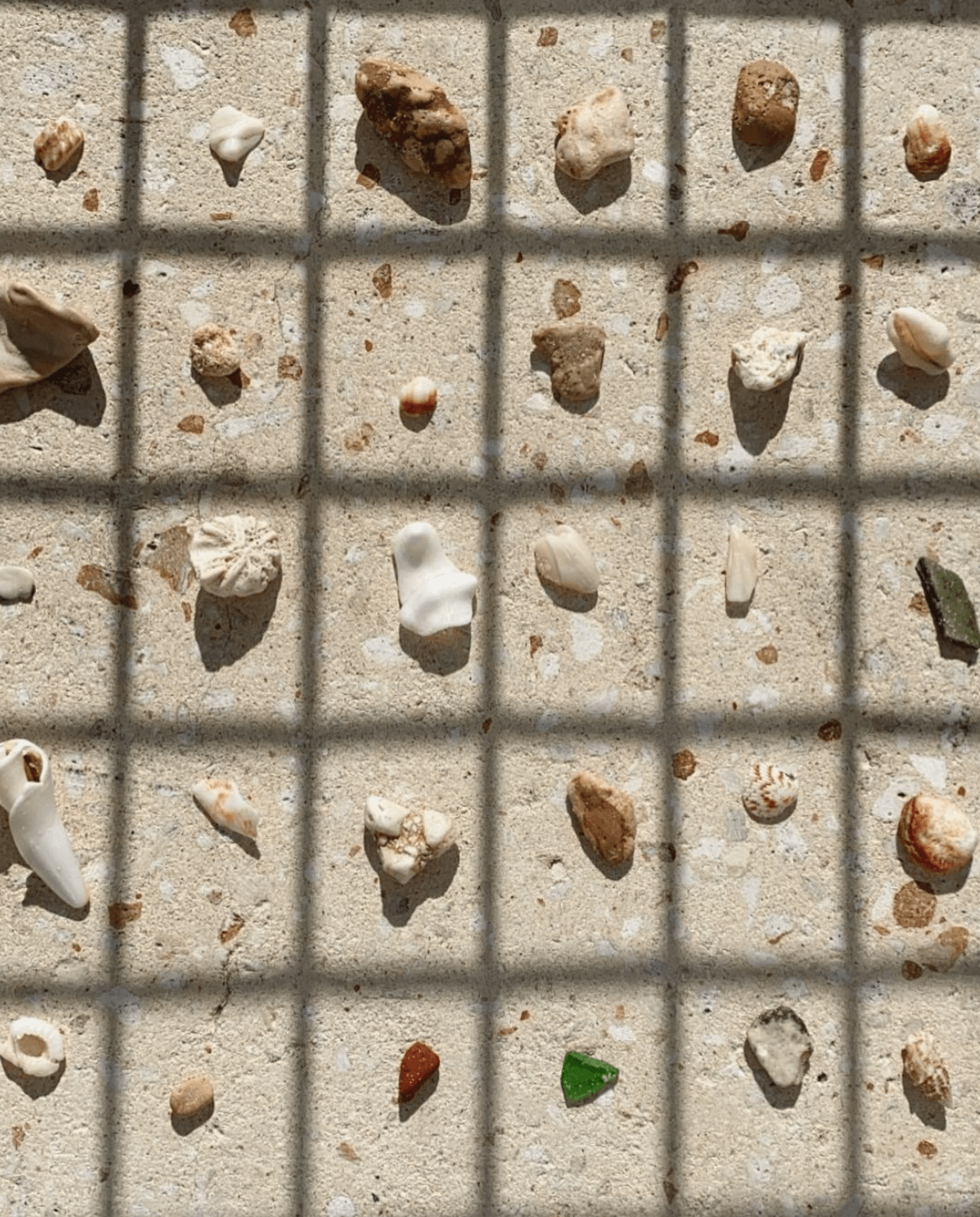 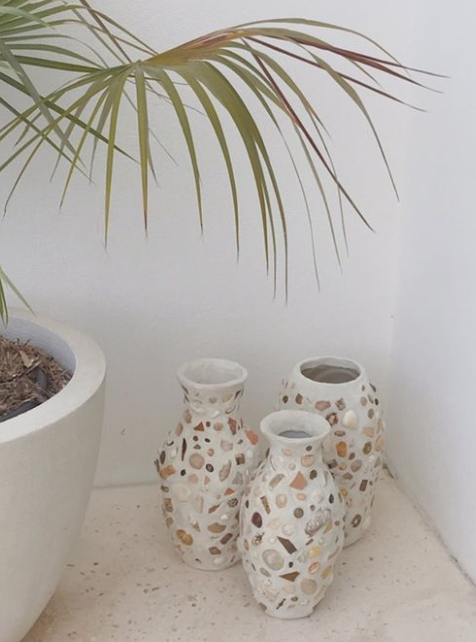 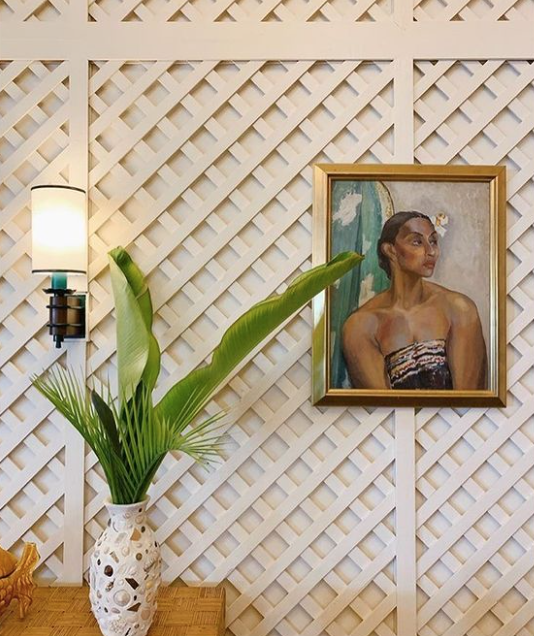 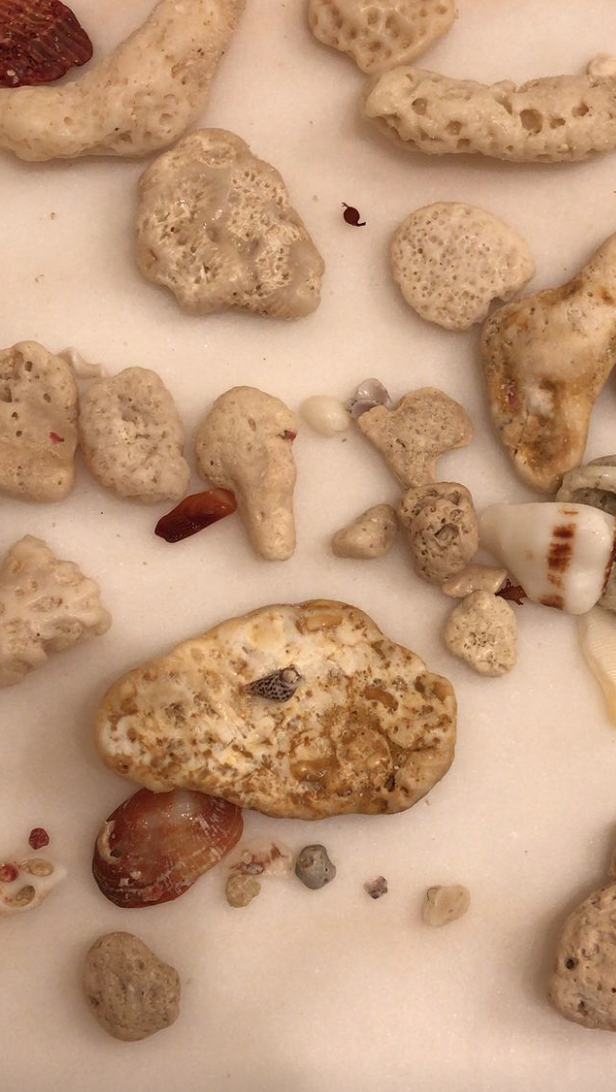